Britain’s four days of Platinum Jubilee celebrations to mark Queen Elizabeth’s 70 years on the throne conclude on Sunday with a pageant through central London, and with tens of thousands of people expected to take part in nationwide street parties. The procession, which will follow a similar route the 96-year-old took on her coronation day in 1953, aims to evoke the different decades of her record-breaking reign.

There were will also be a series of “Big Jubilee Lunches” across Britain, with an estimated 16,000 street parties, and some 600 also being held across the globe, including in Canada, Brazil, New Zealand, Japan and South Africa.

The final day of festivities comes after her son and heir Prince Charles, 73, paid a personal tribute to his mother at a glittering pop concert outside Buckingham Palace on Saturday night. 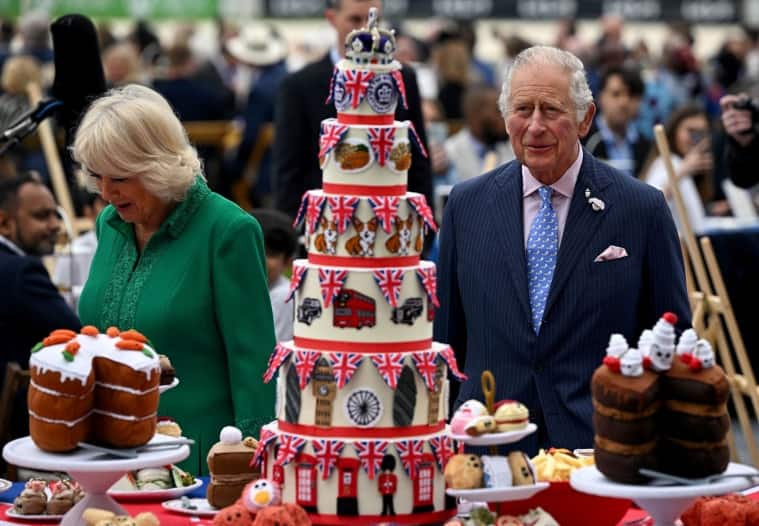 Britain’s Prince Charles and his wife Camilla, Duchess of Cornwall, stand next to decorations at The Oval cricket ground as they attend a Big Jubilee Lunch amid celebrations marking the Platinum Jubilee of Britain’s Queen Elizabeth, in London, Britain, June 5, 2022. REUTERS/Dylan Martinez

“You pledged to serve your whole life – you continue to deliver. That is why we are here,” Charles said in his message to the queen, who was at her Windsor Castle residence outside London.

“You have met us and talked with us. You laugh and cry with us and, most importantly, you have been there for us, for these 70 years,” Charles added, referring to the queen as “mummy” at an event which began with a pre-recorded comic sketch of the 96-year-old monarch having tea with Paddington Bear.

Saturday’s concert was among a number of Jubilee events that Elizabeth has missed because of “episodic mobility problems”, which have recently caused her to cancel engagements. 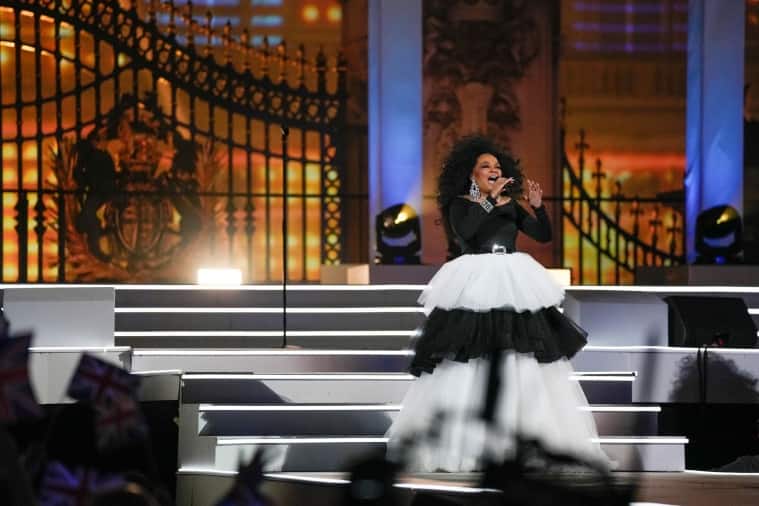 Elizabeth ascended the throne aged 25 on the death of her father, George VI, in 1952, inheriting dominion over a Britain still emerging from the ravages of World War Two and with Winston Churchill as prime minister.

In total, there have been 14 UK prime ministers and 14 US presidents during her reign; the Berlin Wall rose and fell; Britain joined and left the European Union; and her nation’s own once-mighty empire disintegrated, replaced by a Commonwealth of 54 nations. Elizabeth was instrumental in creating the latter and many regard its success as her greatest achievement.

“You continue to make history,” said Charles, adding that his father, Prince Philip, who died last year aged 99 after more than seven decades by the queen’s side, would have enjoyed the show. Drone display in the sky forms an image of a cup of tea and its teapot during the Platinum Party at Buckingham Palace in London, Britain, June 4, 2022. Paul Ellis/Pool via REUTERS

The four days of celebrations to mark the monarch’s seven decades as queen began on Thursday with a military parade and a Royal Air Force flypast, and with a National Service of Thanksgiving on Friday.

Opinion polls suggest a comfortable majority of Britons believe the monarchy should remain and a recent Ipsos survey found nine out of 10 respondents supported her.