The Arangetram ceremony of Radhika Merchant — daughter of industrialist Viren Merchant and would-be daughter-in-law of Mukesh and Nita Ambani — happened at the Jio World Centre in Mumbai.

Hosted by the Ambanis, it was a star-studded event with many actors and politicians in attendance. Radhika and Anant Ambani got engaged in 2019, and are set to tie the knot soon.

This was Radhika’s first ever stage performance, after years of training in Bharatanatyam, and as such, the entire Ambani clan was in attendance to support her. 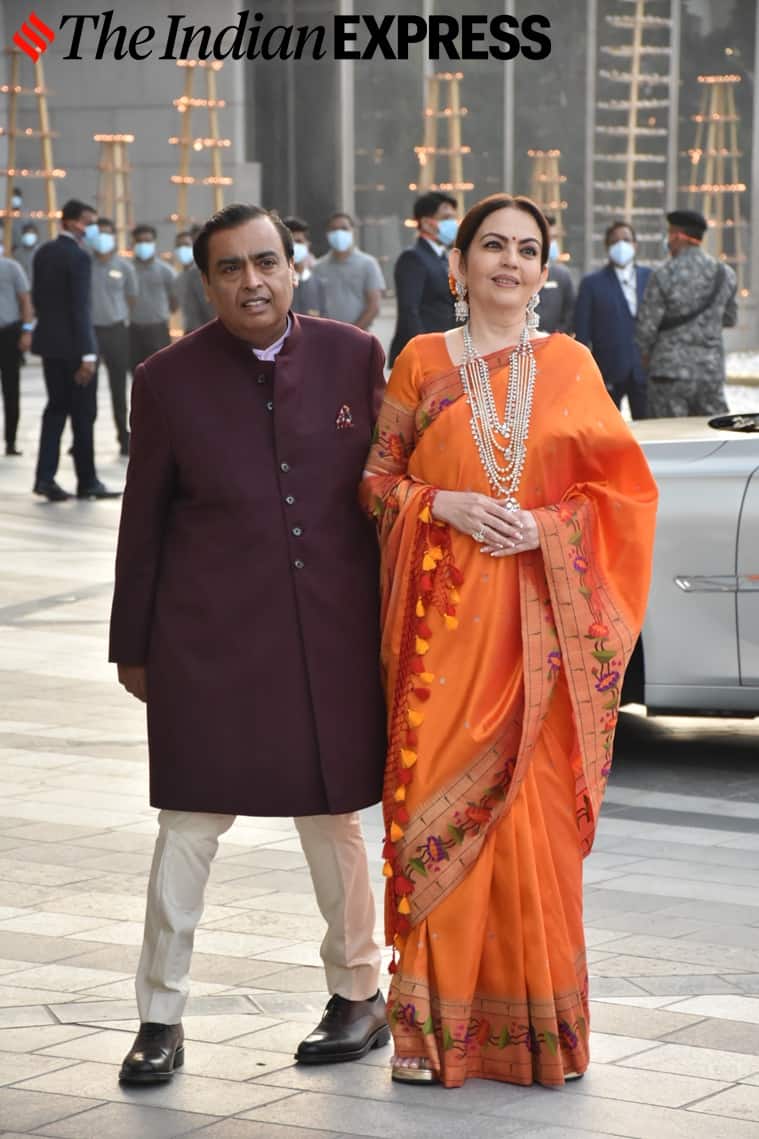 For the occasion, Nita was seen wearing an orange silk sari with a broad floral-embroidered border and tassel pallu. She wore a long necklace and matching earrings, and was joined by her husband, who was seen in a dark brown bandhgala coat and white pants.

Mukesh Ambani’s mother Kokilaben was also present and was seen posing with grandson Akash Ambani and his wife Shloka Ambani, who wore a light purple silk sari with a golden border. Their son Prithvi was in attendance, too. The guest list included many big names of industrialists and politicians, and Bollywood celebrities like Ranveer Singh and Salman Khan. The Jayeshbhai Jordaar actor was seen in a traditional red kurta with heavy white embroidery around the neck, and a pajama. 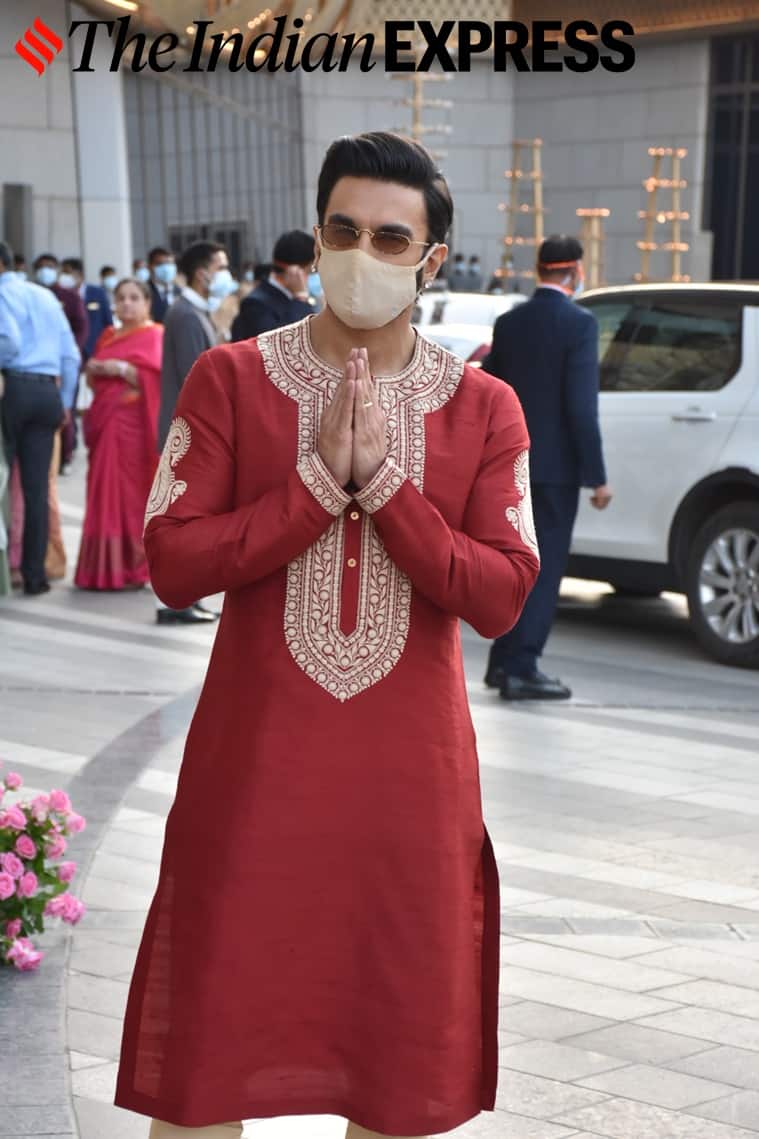 Salman turned up in a sharp black-on-black look, comprising a black blazer, matching trousers and a blue shirt. Among other attendees were cricketer Zaheer Khan and his wife Sagarika Ghatge — who looked lovely in a red and golden sharara suit — and minister Aaditya Thackeray, his mother Rashmi Thackeray and brother Tejas Thackeray. 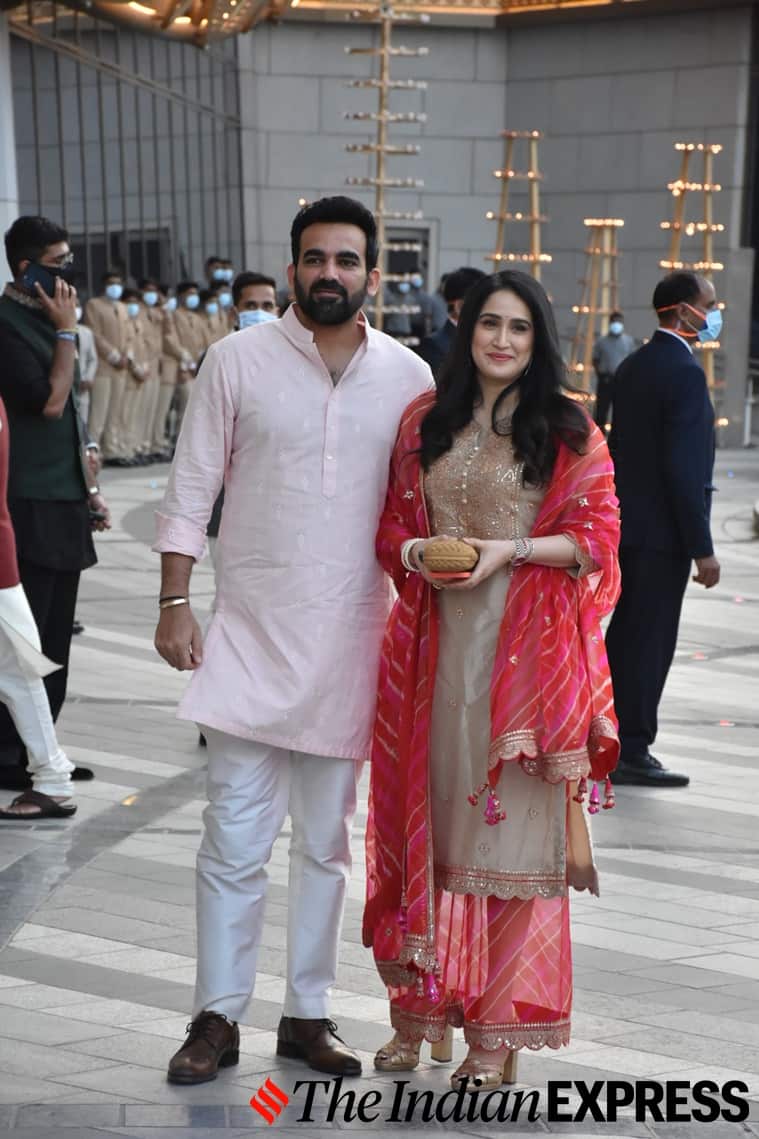 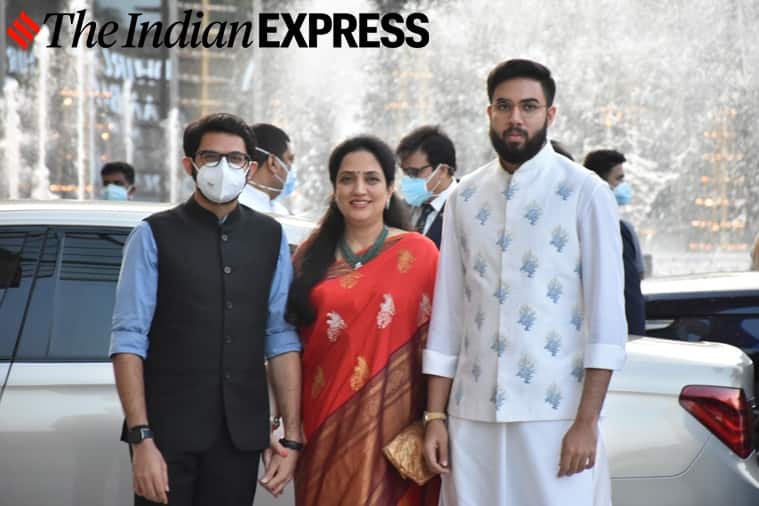 For the unversed, an Arangetram ceremony is an important occasion for dancers, as it marks their debut performance. “Arangam is stage and etram means to go on stage. It is a serious business, where the guru sees if their student is ready and can be introduced to the community as a serious pursuer of the arts. But nowadays, it has been reduced, wherein people go on stage in just 2-3 years and call it Arangetram,” Bharatanatyam dancer and vocalist Geeta Chandran told indianexpress.com.

She added that a dancer has to sustain a two-and-a-half-hour programme, and these days it has become “more like tokenism and a commercial tool”.

According to a press release, her performance started with ‘pushpanjali‘ to invoke the deities, guru and the audience, to seek their blessings, followed by Ganesh Vandana and the traditional Allaripu — prayers for the success of the performance. The invocations were set to traditional ragas and rhythm of aadi tala.