Arjun Kapoor was enjoying his momos, a plateful of them, when he decided to share some ‘spicy’ facts with his fans and Instagram followers.

The Sandeep Aur Pinky Faraar actor — who recently went through an impressive physical transformation for his upcoming projects — first shared a series of mouthwatering photos of himself enjoying the momos, and then took to his Instagram stories to seek suggestions from followers.

In the photos, Arjun lay on a couch and posed with the momos and the spicy red chutney. The caption read, “Your #Monday is full of weekend fomo, and I am busy enjoying my momo. We’re not the same bro. [Sic]” 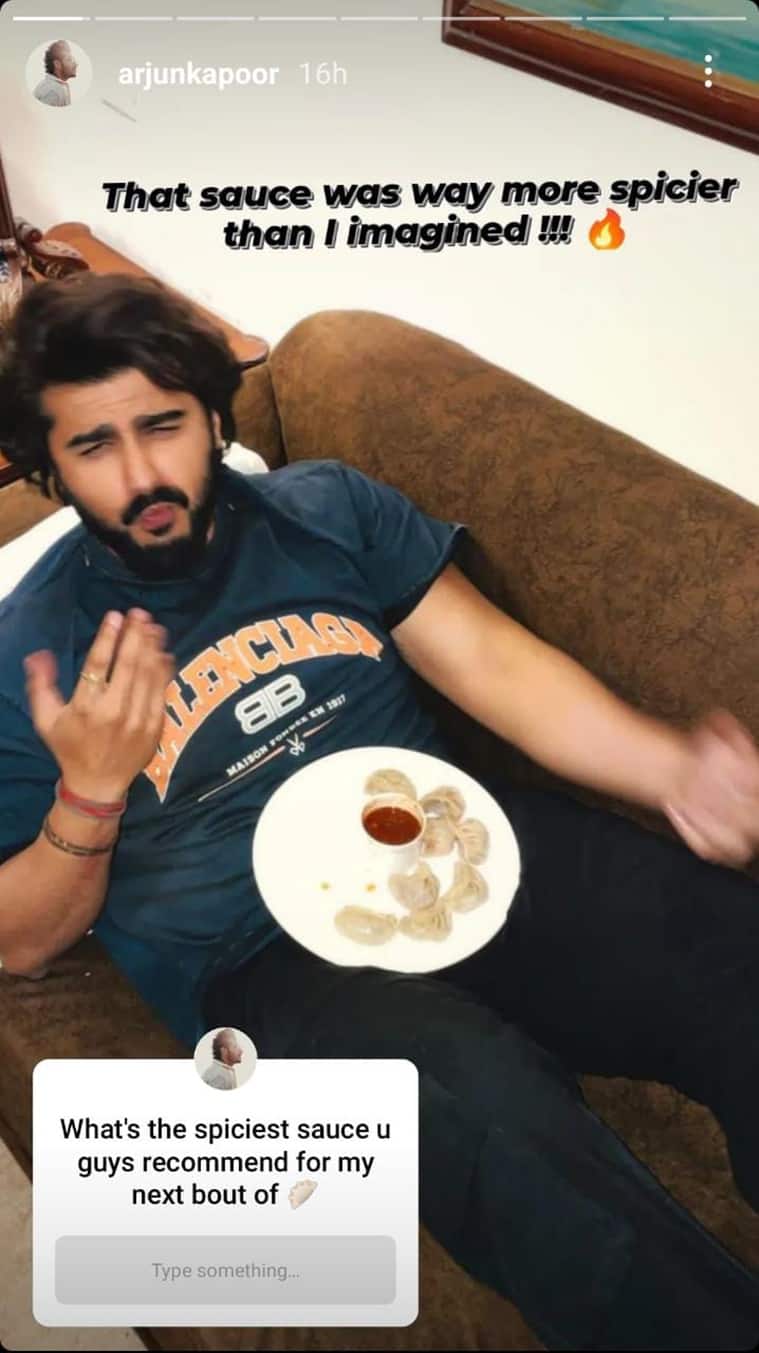 He then proceeded to tell his followers via stories that the red sauce was “way spicier” than he had imagined. The actor, however, seemed to enjoy his momos so much that he asked for “spicy sauce” recommendations for his “next bout” of momos.

Some interesting answers came along.

One user told Arjun that he could ask his girlfriend Malaika Arora to make him something spicy, to which he shared a picture of hers and replied, “Please ask her to make for me when I get home. She is busy enjoying travelling and taking Insta-worthy pictures.” 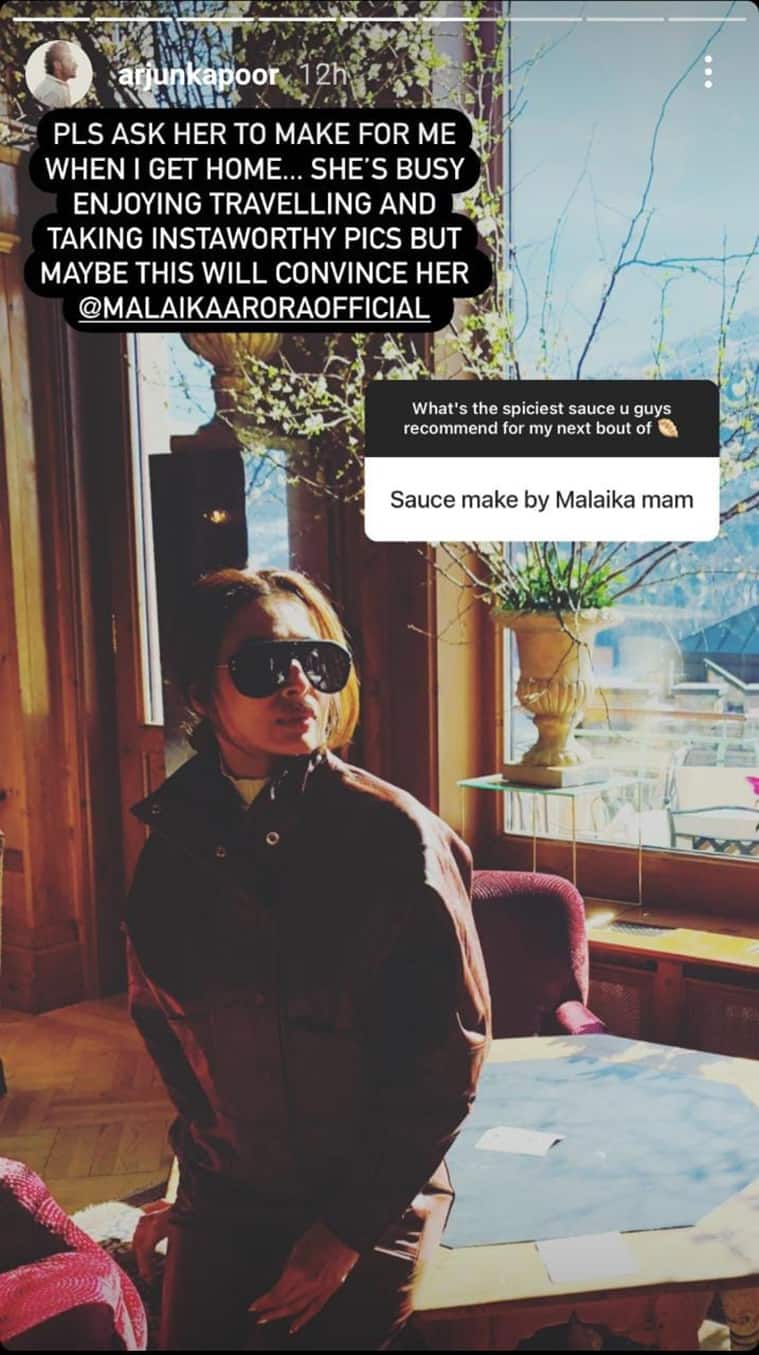 Someone else recommended bhut jolokia to him, which is popular in India, especially Assam. It is believed the name ‘bhut jolokia’ means ‘Bhutanese pepper’ in Assamese — ‘bhut’ meaning Bhutanese here. It was mistaken for a homonym ‘bhut/bhoot’ meaning ghost, thereby giving rise to the moniker ‘ghost pepper’. When someone suggested he try the sriracha tahini sauce with mayonnaise and jalapeño, Arjun teased that a combination such as this would be something that his cousin Rhea Kapoor would “whip up better than anyone in the world” to go with “truffle fries and wings”. 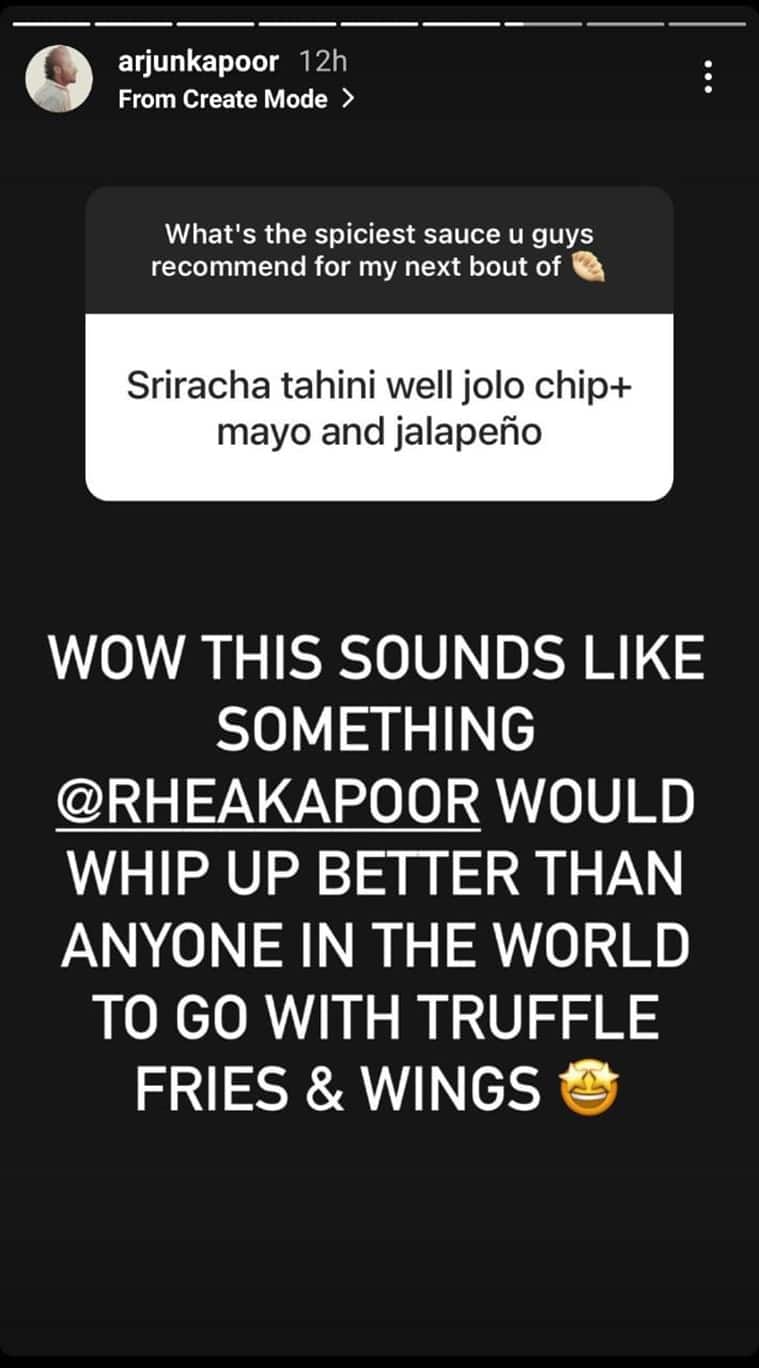 Amid all this, the actor also called out a social media troll who called him “a rich boy” who can “never get in shape”.

The actor wrote a stern message that read, “Fitness is way more than that for anyone who’s ever struggled to just lead a normal, healthy life and be mentally happy and calm.” 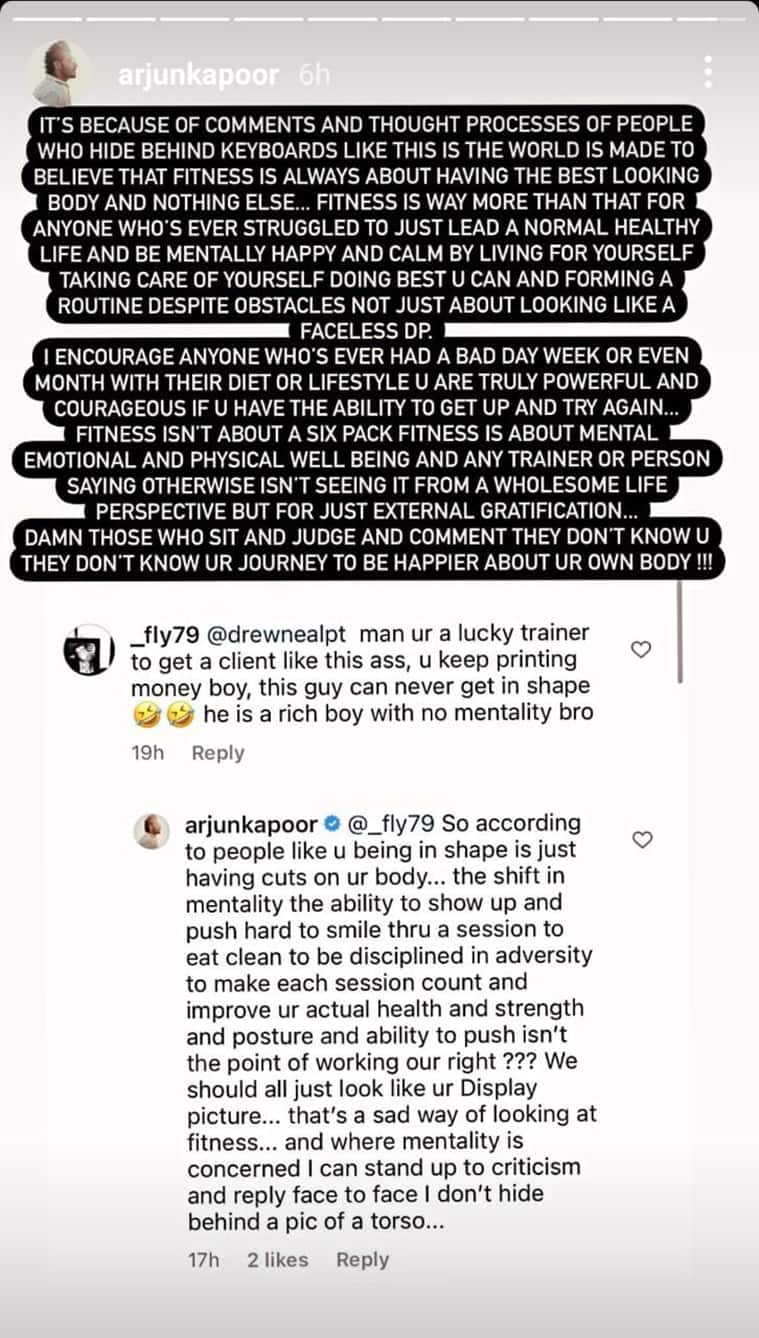 He added that fitness is not about “six packs”, but about mental, emotional and physical well-being.