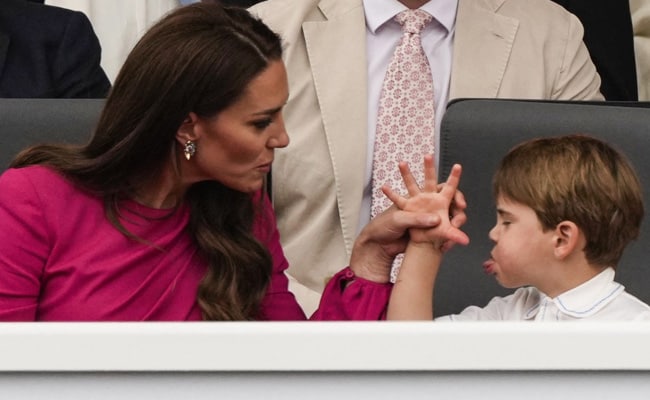 Kareena Kapoor, a mother to two sons – Taimur and Jeh – could relate big time to Duchess of Cambridge Kate Middleton’s viral video with 4-year-old son Prince Louis which happens to be from Queen Elizabeth II’s platinum jubilee celebrations earlier this week. Prince Louis, like most 4-year-olds, was pictured acting out at the event while Kate Middleton was seen trying to make him behave. The Duchess of Cambridge, on Twitter, was praised for her parenting skills. “I can relate and it’s impressive they allow their kids to be kids,” wrote a Twitter user. Another Twitter user added, “Well done Kate Middleton for showing the world what normal toddlers act like.”

Thanking #PrinceWilliam and #KateMiddleton for showing the world how kids under-10 and under-5 actually behave, not the cute, well curated, and extremely micromanaged pictures of kids/families on social media. I can relate and it’s impressive they allow their kids to be kids.

Well done #KateMiddleton for showing the world what normal toddlers act like.

Another Twitter user had “nothing but admiration” for Kate Middleton’s parenting skills.

Nothing but admiration for #KateMiddleton – and the way she parented three kids including a 4 year old cheeky boy with the eyes of the world on her, while smiling throughout #JubileeCelebration#DuchessofCambridge#JubileeWeekend@KensingtonRoyalpic.twitter.com/oSnRLUNxJa

Meanwhile, on her Instagram story, Kareena Kapoor  posted a collage of Prince Louis’ (many expressions) during the ceremony and she wrote: “mood,” along with heart-eyed emojis. Posting another video of Kate Middleton and Prince Louis from the ceremony, the actress wrote: “Why do I know this feeling.” 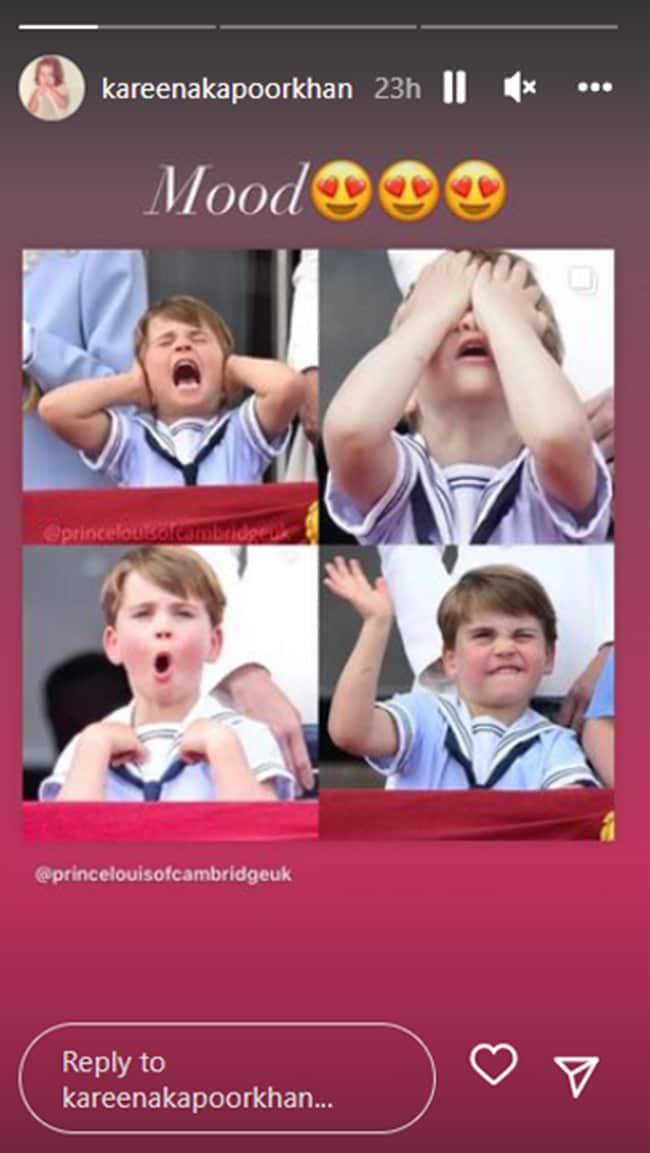 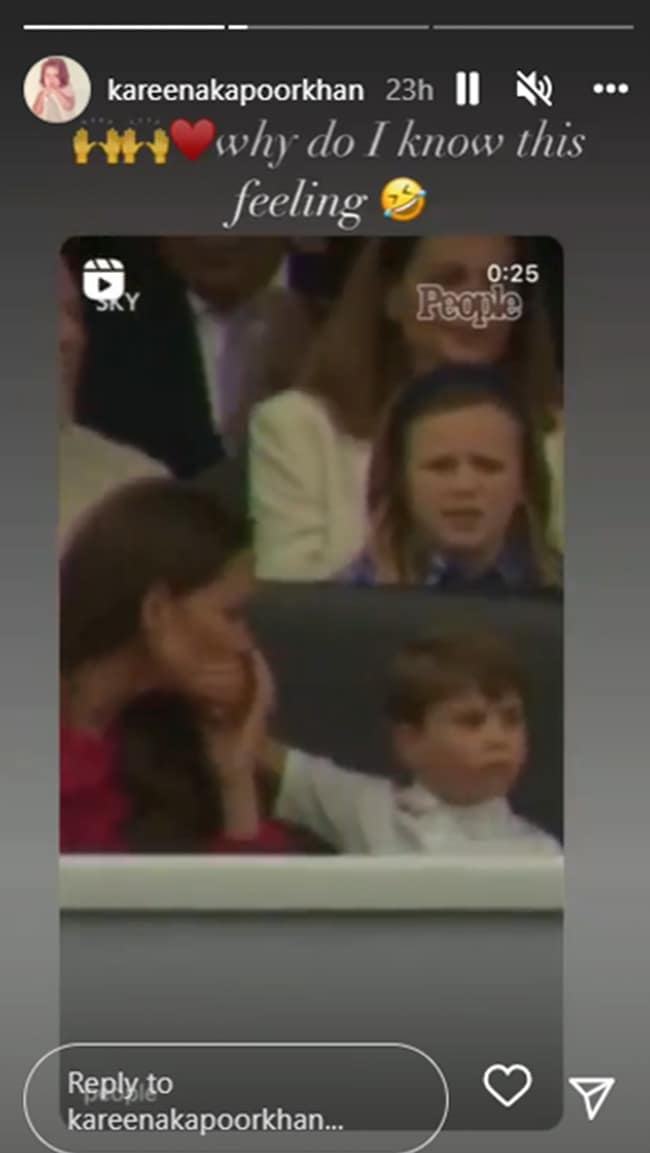 Kareena’s sons frequently make it to her Instagram profile. Baby Jeh accompanied her on the sets of The Devotion Of Suspect X in Kalimpong.

On the occasion of Mother’s Day, the actress shared this happy picture from the beach and she captioned it: “The length and breadth of my life. Happy Mother’s Day.”

On her Instagram, Kareena Kapoor often writes about failing to take those perfect family photos. The pictures turn out to be super cute, nonetheless.

“This is what trying to get a family picture looks like,” per Kareena Kapoor.

Kareena Kapoor and Saif Ali Khan, co-stars of films like Omkara, Agent Vinod and Kurbaan, fell in love during the shooting of the film Tashan. They got married in 2012. They are also parents to Taimur, 5. Kareena Kapoor and Saif Ali Khan welcomed son Jeh on February 21 last year. “We have been blessed with a baby boy. Mom and baby are safe and healthy. Thank you to our well-wishers for their love and support,” Saif said in a statement.

In terms of work, the actress was last seen in the 2020 film Angrezi Medium, co-starring late actor Irrfan Khan, and actress Radhika Madan. Kareena will next be seen in Aamir Khan’s Laal Singh Chaddha, which is a remake of the 1994 film Forrest Gump. Kareena shot for parts of the film during her pregnancy. The actress will be seen in Sujoy Ghosh’s The Devotion Of Suspect X, co-starring Vijay Verma and Jaideep Ahlawat. She will also co-produce a film with Ekta Kapoor.