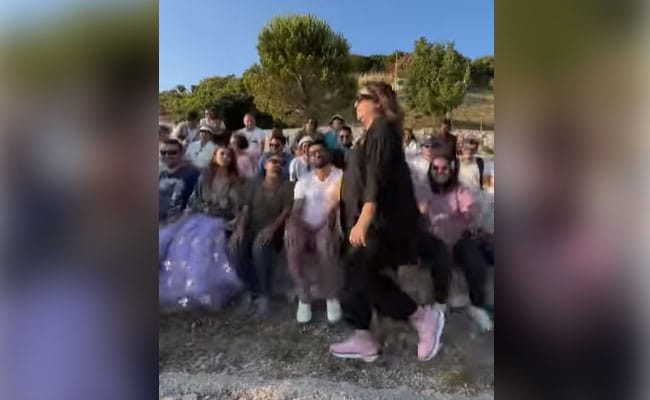 When Vicky Kaushal and Farah Khan come together, a whole lot of smiles are guaranteed. And if the videos shared by the actor and filmmaker are anything to go by, it is evident that Vicky and Farah had a blast on set. We are referring to a new post shared by the two artists, all the way from Croatia. In it, Farah is seen dancing with Vicky, actress Tripti Dimri and actor-director Anand Tiwari to an iconic track from Main Hoon Na, Farah’s celebrated directorial debut. In the video, Vicky, Tripti and Anand are seen sitting with the entire team on a flight of steps outdoors, hopping to the beats of Tumse Milke Dil Ka as Farah Khan walks past them like a seasoned Bollywood heroine.

Similarly, Chunky Panday said, “Farah… Amritpal has stolen the thunder from you.”

On Saturday, Farah Khan had the internet chuckling when she shared a photo with Vicky Kaushal and engaged in a fun conversation with Vicky’s wife, actress Katrina Kaif.  Sharing the photo on Instagram Stories, Farah Khan teased Katrina and said, “Sorry Katrina, he’s found someone else (tongue-out emoticon)”. In the background, she added the song Kuch Toh Hua Hai from Kal Ho Naa Ho.

Meanwhile, Vicky Kaushal has been treating fans to some amazing pictures of himself from Croatia. Sharing a picture of himself clicked by Anand Tiwari, Vicky wrote, “Brown Munda at King’s Landing,” presumably referring to Dubrovnik Old Town, a late-medieval walled city in Croatia, which served as a shooting site for several King’s Landing scenes in The Game Of Thrones.