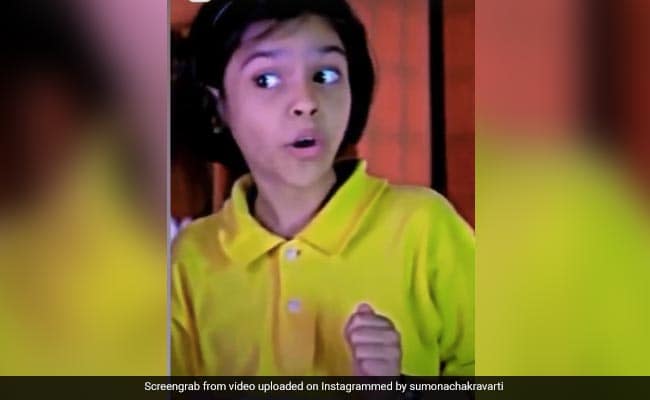 Sumona in a still from the video. (courtesy: saraalikhan95)

Seems like the Internet just found its major throwback moment of the week. To be more precise, an old clipping from the 1999 film Mann, which starred Aamir Khan and Manisha Koirala in the lead roles, is trending big time. The clip features a little girl explaining what is the meaning of love to a fellow kid. The video prompted a question that is keeping the Internet busy. “Is this Sumona Chakravarti?” To answer the question yes she is. The actress posted the clip on her Instagram story and she captioned it: “Since everyone’s asking if it’s me.” She added, “Yup.” 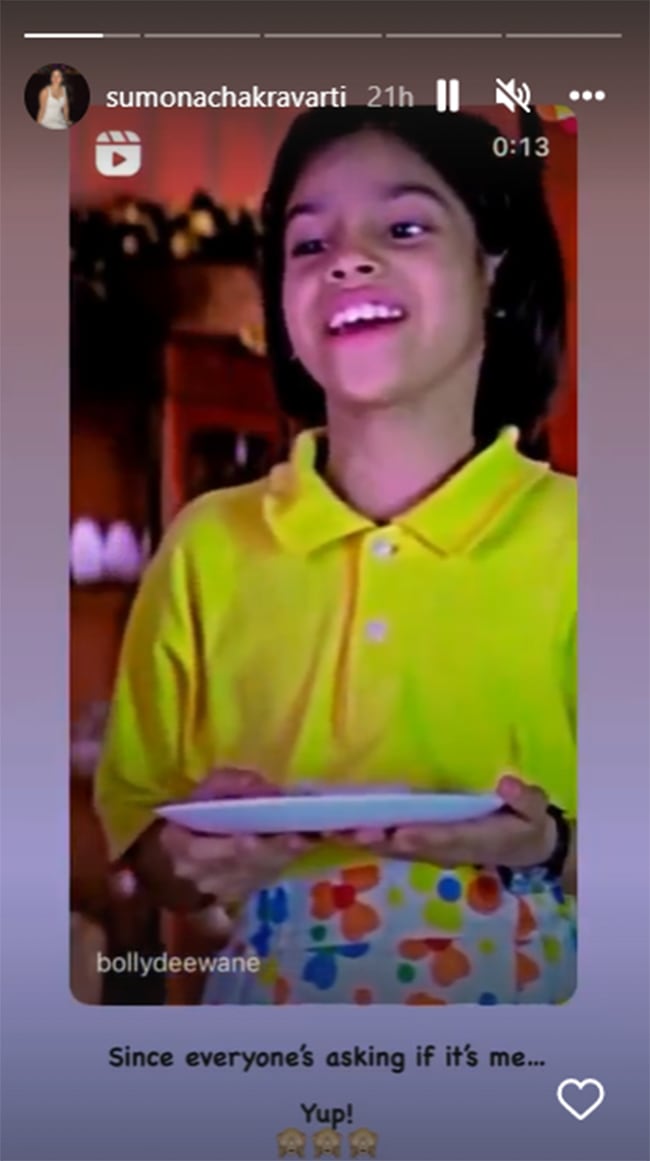 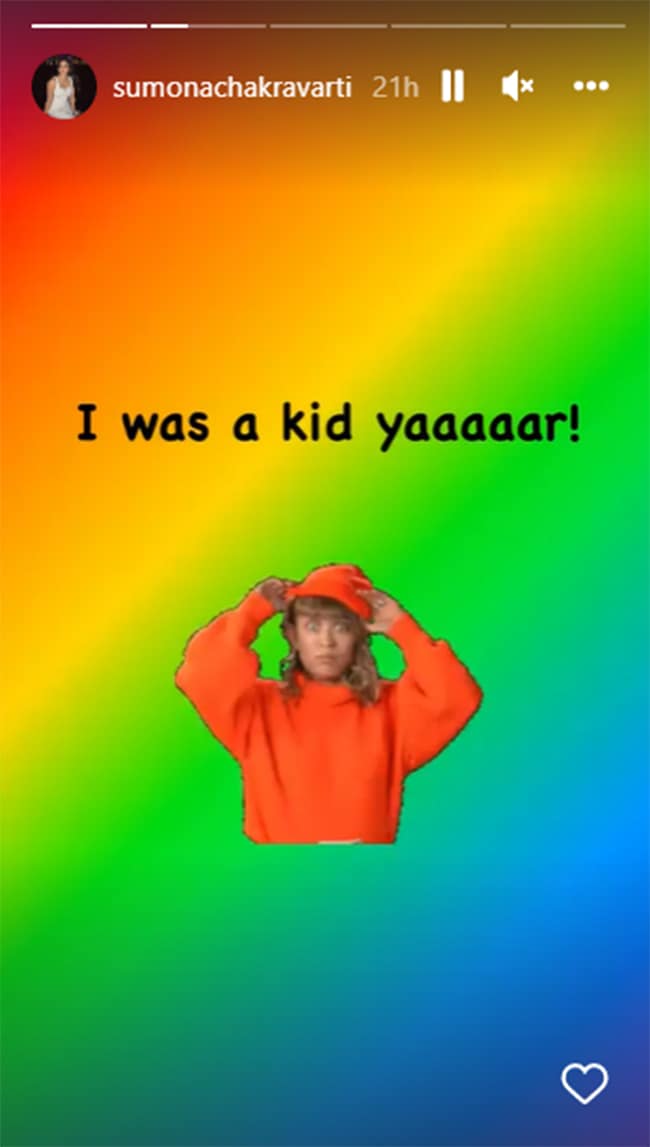 This is the video that was curated by a fan club on social media and is trending big time.

The 1999 film, directed by Indra Kumar, other than Aamir Khan and Manisha Koirala also featured Anil Kapoor, Sharmila Tagore, and Neeraj Vora. Rani Mukerji also made a cameo appearance in the film.

Sumona Chakravarti is best known for featuring on The Kapil Sharma Show and Comedy Nights With Kapil. She has also starred in television shows such as Bade Achhe Lagte Hain, Ek Thhi Naayka, Yeh Hai Aashiqui and Neer Bhare Tere Naina Devi, sometimes. In terms of films, Sumona Chakravarti has featured in Mann, Barfi!, Kick and Phir Se…, to name a few.

Little boy meets his sister for the first time, goes over to give a hug. Watch

Man held for unnatural sex with minor boy in Srinagar